The Plovers are Back!

May 11, 2016 · by friendsofnancyisland · in Piping Plovers, Species at Risk · Leave a comment

We are excited to announce that we have 14 adult Piping Plovers at Beach Area 1 with one official nest! After the first egg of the season was discovered on May 10th, the team at Wasaga Beach Provincial Park quickly responded by installing a perimeter fence around the nest to ensure the safety of the endangered shorebird during this vulnerable time.   The proud “parents” of the first egg of the season are a returning pair from 2014 and 2015.  It is exciting to watch the same pair of birds meet up again after separately flying thousands of miles to nest in the exact same location as previous years.  Last year, this pair successfully reared four chicks so fingers crossed for 2016.

The remaining birds are still establishing their territories but there is potential for at least five pairs this season.  While it appears that the beach is exploding with these little shorebirds, it is critical to note that Wasaga Beach is one of only TWO nesting sites in all of Ontario.  The Piping Plover is unfortunately still an endangered species.  Thankfully, however, the population is slowly recovering thanks to the hard work and ongoing dedication from so many individuals within the community and beyond. 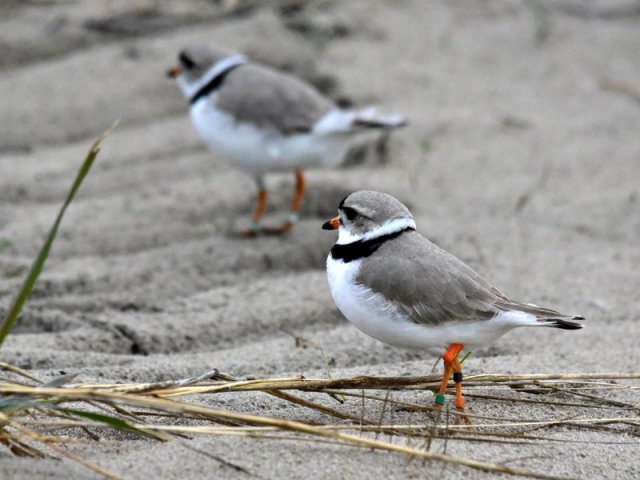 Thank you Mike Walker with CTV Barrie for fantastic coverage of what will hopefully be a successful 9th Piping Plover season at #Wasaga Beach Provincial Park. http://barrie.ctvnews.ca/video?clipId=867679&binId=1.1272429&playlistPageNum=1

My Tweets
Join 39 other subscribers